What areas are being patched?

My area is not listed for patching, can we be included?

Yes, to get added to the patching process have your Dean or VP contact the Service Desk and they will create a ticket to have your area included in patching.

What types of patches are you installing?

My browsers appear out of date, why are they not being upgraded?

At this time some Enterprise applications are only compatible with specific browser versions.  In the future we hope to be able to provide you with the most recent version of browsers.

My Java appears out of date, why is it not being upgraded?

Many applications on campus require a specific version of Java to be installed in order to work.  Because of this, we do not attempt to upgrade the Java version.

When do new patches get released?

We release patches one month after they are released to the public on the 2nd Tuesday of every month to the areas listed above.

Do you test patches before releasing them?

I heard about a new zero day exploit in the news, how do you handle those?

We work with the Security team to determine the severity of the exploit and if required will release the patch out of cycle to users after we have completed testing.  If a patch is released out of cycle, a DoIT Alert will be sent out.

How often does my machine check for new patches?

Windows machines scan for patches that are no older than 90 days every 4 hours and a full scan happens every Tuesday during the late morning and early afternoon hours.

Will I be prompted to reboot?

Yes, if one is required you will receive a reboot prompt after patches have been installed.  You will have the option to Snooze the reboot for up to 4 days.  After the 4th day the snooze option will be removed and only the Reboot Now option will be available.

Why are reboots necessary?

Why do I receive multiple prompts to reboot?

Some patches aren't able to install if certain applications are open.  Upon rebooting that patch will then install and prompt you to reboot again to complete the installation.  To avoid this it is recommended to Snooze the reboot prompt until the end of your workday then restart your computer before leaving.  This will allow all patches to install and should limit the impact it has on your work.

Do you force reboot computers after patches install?

No, we do not force reboot your computer if you are logged in to prevent the loss of work.  If you are not logged in the computer will automatically reboot.

Will the reboot prompt appear if I am in the middle of a presentation or webinar?

No, if you have PowerPoint in full screen mode or you are hosting or attending a WebEx meeting the reboot prompt will not appear. 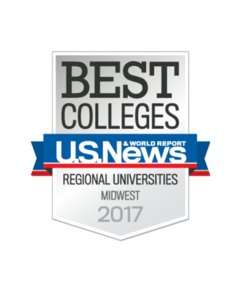